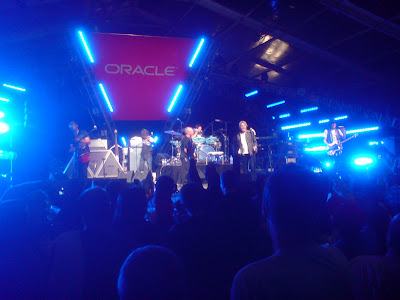 Man alive! What a party!!! Never been to a party with 40,000 people before. I only went because Roger Daltrey from The Who was on one of the stages and he was not a disappointment. Even at 65 years old he was totally awesome.... played every major Who song and brought the house down with his classic rock voice and stage presence. See videos below.
Today’s OOW was jammed full of great PeopleTools stuff. Ellison gave the Keynote announcing the new Exadata 2 server based (this year) on Sun hardware, gave IBM a hard time, offered $10M to anyone who can get IBM kit to run faster than Oracles and Governor Schwarzenegger made an appearance. I have tons of notes from today to type up.... it's 2:00am in the morning and having just got back from the OOW party I'll probably leave it until tomorrow.

Just a few more photos from Wednesday at conference and the party.

psRoy said…
I was always a big fan of THE WHO. I think I might be jealous that you were able to see him in person. Thanks again for the updates.
15 October 2009 at 12:31

Jim Marion said…
Hi Graham. I am very glad you enjoyed the party. Whereas PeopleSoft parties were action packed (Disney's California Adventure, Treasure Island Theme Park, etc), Oracle's are loud with great bands. A couple of years ago I stood outside my hotel for a good hour to go to Elton John. Unfortunately, something went wrong and my bus never arrived :(. It was a pleasure seeing you again and I hope to make it across the pond sometime in the next 12 months.
16 October 2009 at 06:31 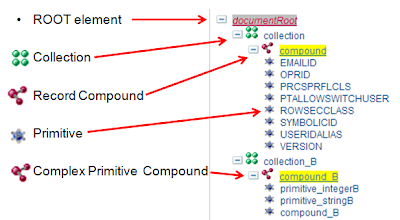 PeopleTools REST Web Services Part 1 I recently presented at Oracle OpenWorld on the subject of REST web services in PeopleSoft.  REST based web services were introduced in PeopleTools 8.52 and I'm hoping this series of blog posts will help newcomers to both Web Services and REST. What is REST? REpresentational State Transfer (REST) is a style of doing Web services that is becoming increasingly popular among web developers due to it's simplicity over SOAP and other methods. REST follows 4 basic principles 1) All content has a unique id by which it is referenced (URI) 2) services are invoked using standard WWW operations of GET, POST, PUT, DELETE 3) all REST services are stateless in that they retrieve a representation (copy) of the content requested 4) REST is synchronous only. Designed for point to point communication You can invoke a REST web service simply by using it's URI.  For example an example REST web service to GET PeopleSoft operator details might l 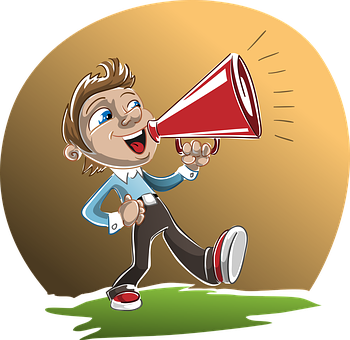 Very excited about the latest PeopleTools 8.59 release.  Available on PeopleSoft Cloud Manager 12 from 8 April 2021 this release is packed with many new features and enhancements. Cloud Manager 12 was released in March and so I got to work straight away installing this hoping that 8.59 was going to follow soon after.  I didn't have to wait long. To get your hands on 8.59 you'll need Cloud Manager 12.  The CM12 install is pretty straight forward and there's some good guides out there from Oracle on how to get started.  You'll need an OCI tenancy and a little bit of cloud networking and OCI skills but you won't be able to get your hands on PeopleTools 8.59 without it so, get stuck in.  Give us a call at Version 1 if you need any help.  There's some nice features in CM12 which I've started to test and hope to write up on my experiences soon. So, how do you get access to PeopleTools 8.59? 1) Use Cloud Manager to provision an 8.58 instance from a HCM, FSCM, C

PeopleTools 8.60 has a few long awaited productivity features for developers.  I say long awaited because most code editors have had these features for a long time and Application Designer is playing a little catch-up.  Still.... I'm not complaining. Application Designer does the job and these few handy Developer productivity features are most welcome for those of us that spend a lot of time editing PeopleCode and SQL. I've just selected these 5 initially and as I explore 8.60 more over the coming weeks I hope to share more on what I like and what I find.  So... in no particular order. (1) F8 & ALT-F8 to Zoom in and out the Application Engine window. (2) CTRL-D on a PeopleCode line will duplicate the line.  This also works in the SQL Editor.   (3)   CTRL-U  will toggle a comment tags for one or more selected PeopleCode lines.  Nice!  I know I'm going to be using this one a lot. (4) Select a string and any other matching strings will be highlighted in green.  This can